"The Drape" is dead.

As the mother of a recent high school graduate, I know firsthand just how much has changed since I was a senior sitting on a posing stool in the one-size-fits-all for girls simply called, the drape. However, some things do not change. Hippie attire apparently is still IN--who knew? And while taking pictures is more popular than ever, selfies are not portraits.

"Selfies" may have become this generation's normal (fad), but let's face it, selfies are rarely flattering. The lens distortion alone turns most people into caricatures of themselves. Not exactly the look that teens, especially young ladies, want to show-off beyond Snapchat.

If anything, today's high school seniors are very image conscious (probably due to all those bad selfies). And, this is where the professional photographer comes into the picture. After all, when her iPhone acts up, she goes to the Genius Bar for results. When she decides to go ombre, she's not asking her BFF to give her a color and cut--she's going to see a pro!

My real challenge as a certified professional photographer is educating my senior clients to See The Difference in photography too! 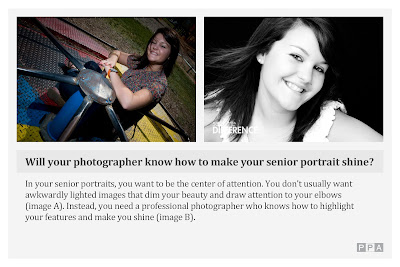 Because while some things inevitably change about being a senior in high school, quality never goes out of style. Go pro and show the world who you really are!

The Queen of Seventynineville Merits! 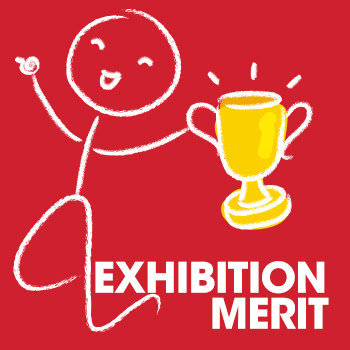 At this time last year, I was in Atlanta observing International Print Competition (IPC) with the hope of gleaning the insight needed to take my photography to the next level, specifically exhibition merit level! As the Queen of Seventynineville for several years running, I was ready to quit. 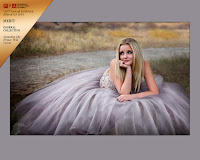 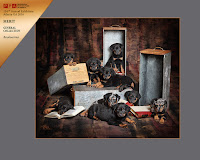 In print competition, 80 is a magic number. Ideally, the goal is to go even higher, but a score of 80-84 is considered to be "National Merit Level" and will earn you one merit toward a Masters Degree as conferred by the Professional Photographers of America. Images are judged against the 12 Elements of a Merit Image aka the Gold Standard. These include Impact, Technical Excellence and Creativity to name the top three. Story Telling, while listed at number 12, may well be one of the most important as evidenced by judges' comments, especially when an image is challenged. In such a case, a good story can be the saving grace of an image. I, personally, observed judges collectively over-look technical flaws (especially on a composite image) when it conveyed a good story. 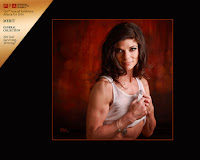 Armed with the experience of observing the process firsthand, past failures and receiving feedback from more than one mentor, I entered print competition this year with the goal of finally getting that first merit. And as you can see here, I succeeded in my quest. In fact, I received not one but THREE merits this week in International Print Competition! All three portraits* will be on display at Imaging USA in Atlanta come January as part of the General Collection--that's what I call a happy ending!

In the meantime, I've got a tiara for sale.

With my heartfelt thanks and appreciation to the following talented women for their support of my quest: Master Photographer Sue Altenburg (NV), Photographer Kate Caudillo (TX), and Photographer Nancy Green (MA).
Posted by TRR Photography at 2:15 PM No comments:

I Just Can't Say NO to Noah's Animal House

Those of you who know me, know that as a general rule I do not shoot events. However, I learned a long time ago never to say NEVER. And, when the Chair of the Silver State Kennel Club's Canine Giving Fund Committee, Sandy Brannum, asked me to photograph the club's presentation of a cash donation to Noah's Animal House gratis, I knew I could not refuse.

Noah's Animal House is an adjunct of the Shade Tree Shelter for women. Together, the two entities provide a safety net for families and their pets in crisis taking that first step toward a better life. I think it safe to say that when most of us hear the words "domestic abuse," we rarely think about the pets in the household as victims too. The fact is that 78% of battered women reported animal abuse in the home by their abuser. Worse still, often times, women will remain in an abusive relationship out of fear of what might happen to their beloved pets as payback.

78% of battered women reported animal abuse in the home by their abuser.


This is where Noah's Animal House comes in. Founded by Staci Columbo Alonso, Noah's Animal House (named after her son), allows women and their children to take that first step without the guilt of leaving the family pet(s) behind. And just as importantly, these same pets play a huge role along the road to independence and happiness--even if it is just to lick the tears away as these families rebuild their lives. 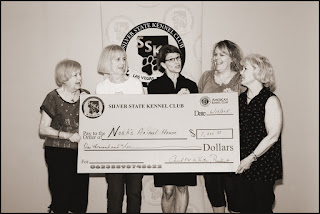 In an address to members of the Silver State Kennel Club, Alonso stated that Shade Tree clients with pets at Noah's have a 2% recidivism rate, versus over 10% for those without pets. I attribute this in part to the unconditional love a pet brings into one's life. Although, there's no doubt that the bond between the women/children and their pets is the heart and soul of Noah's. And, the belief that no one should have to choose between her own safety and that of the family pet is what gives Noah's its purpose.

If you would like to join the Silver State Kennel Club and support Noah's wonderful works on behalf of pets and the women and children who love them, please do so. While monetary gifts are always welcome, even little things like dog bowls are needed and appreciated. For a complete list, see www.noahsanimalhouse.org/wishlist/.

Needless to say, I just cannot say no to Noah's.

- Tammy
Posted by TRR Photography at 10:35 AM No comments:

It's a New Year, how about starting it with a New Portrait of YOU? 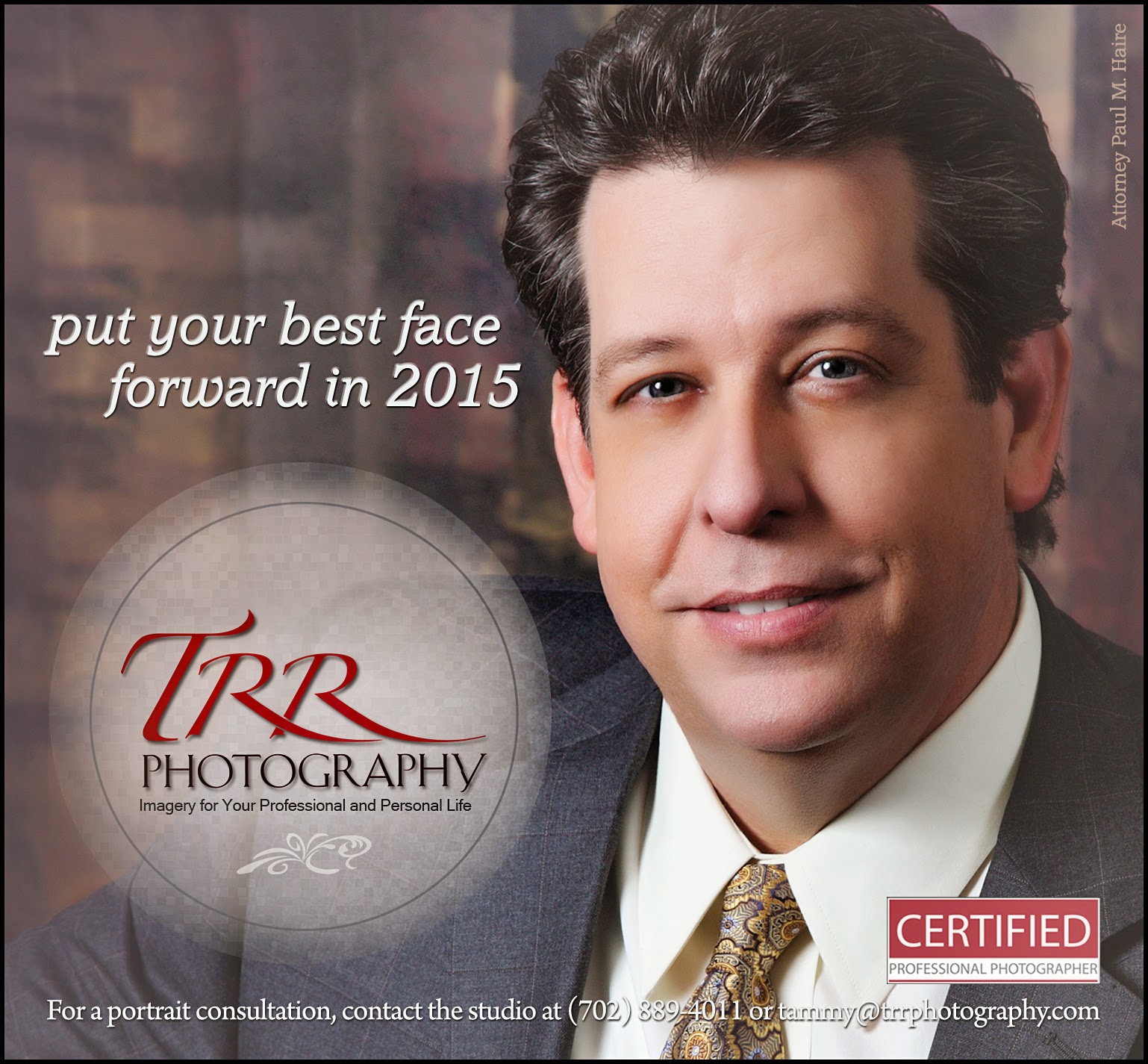 Posted by TRR Photography at 9:11 AM No comments: